We are delighted to announce that we have cleared the right to perform Love, Love, Love with a cast of 5f 6m instead of the professional cast of 2f 3m, allowing you to cast the two protaganists according to their age.

As you can see from the review below the fact that the actors at present have to play convincing 19 year olds aging all the way through to 64 is the only niggle in an otherwise excellent review of the production.

So you have the chance of improving on that with your casting! Please enquire before rehearsals start, as the play will be restricted until the end of the professional run.

reviewed by Charles Spencer for The Daily Telegraph

Wow, this one packs a punch. In a theatre famous for encouraging angry young men, Mike Bartlett, a writer in his early thirties, lands some knock-out blows on the complacency and selfishness of the have-it-all baby- boomer generation.

First seen on tour in 2010, and now revived by the Court in a thrilling high voltage co-production with Paines Plough, this is a play that has you laughing uproariously at one moment and wincing painfully the next.

Compared with Bartlett’s big, baggy state of the nation dramas at the NT, this is a chamber piece, with just five characters. But it strikes me as Bartlett’s best work to date, with deeper characterisation, more personal themes, and scenes of extraordinary intensity and emotional truth shot through with dark humour.

The action begins in 1967, during that fabled Summer of Love when the world seemed to turn from dreary black and white into a hippy-dippy Technicolor dream.

Sandra, a sexy, predatory Oxford undergraduate, high on dope, is meant to be having a date with Henry, a strait-laced 23 year old. But she promptly sets about seducing his younger brother, Kenneth, also 19 and at Oxford, and in the two subsequent acts we catch up with them in 1990, when they are married yuppies living in Reading with two teenage children of their own, and in 2011 when they are prosperously retired, amicably divorced and their children are in their thirties.

There are some jolting dramatic surprises as we follow the characters through more than 40 years, and Bartlett proves a stern and powerful moralist. His play insists that the soppy, sloppy self-indulgent values of the Sixties were often deeply selfish – it is significant that Kenneth and Sandra’s relationship began with an act of betrayal – and also suggests that that many of those who embraced the Sixties dream never fully grew up. The dramatist is also articulately indignant on behalf of the children of the baby boomers, who will never enjoy the easy lives and wealth of their feckless parents in these hard economic times.

The one problem that director James Grieve’s powerful, evocative and elegantly designed production can’t entirely solve is having the same actors, Ben Miles and Victoria Hamilton, playing the two main characters from their late teens to their 60s. Their acting is so excellent that it is usually possible to suspend disbelief, though the most powerful of the three acts is undoubtedly the middle one showing the couple breaking up in middle-age before the appalled gaze of their children. Significantly, it’s the one scene when the performers actually are about the same age as the characters they are playing.

Victoria Hamilton brilliantly manages to be both beguiling and vile as the hard-drinking, crassly insensitive Sandra, and there is equally fine work from Ben Miles as her husband, who seems superficially nicer but is actually equally selfish and complacent.

There are also haunting, heart-wrenching performances from Claire Foy and George Rainsford as their damaged children, and one leaves the theatre in no doubt that the Court has another timely, hard-hitting success on its hands.

We are delighted to announce that we have cleared the right to perform Love, Love, Love with a cast of 5f 6m instead of the professional cast of 2f 3m, allowing you to cast the two protaganists according to their age. Read an excellent review of the play here...

Enda Walsh and Nina Raine triumph at US awards

Once, the musical written by playwright Enda Walsh, was named Best Musical at the New York Drama Critics Circle Awards yesterday (7 May). Based on the 2007 film, Walsh's musical (yet to be seen in the UK) was also named Outstanding Musical at the Lucille Lortel Awards for off-Broadway shows in a ceremony on Sunday 6 May, and it leads the field in the Tony Awards with nominations in 11 categories prior to the awards ceremony on 10 June.

Walsh's play Misterman is currently at the National Theatre starring Cillian Murphy in a production described as 'a fantastic, whirring monologue of small town life and flickering faith... a ninety-minute rollercoaster, kaleidoscopic in mood and construction, a perfectly realised stage poem' Whatsonstage.com.

The New York Drama Critics Circle Award for Best Foreign Play went to Nina Raine's Tribes, first seen at the Royal Court in 2010. Tribes, described by the Evening Standard as 'edgy, painful and shocking', beat off stiff competition from Richard Bean's widely acclaimed One Man, Two Guvnors to take the prize, and was a strong contender even in the Best Play category, where it eventually lost out to Stephen Karam's Sons of the Prophet.

Misterman and Tribes are both published by Nick Hern Books.

As part of the service we provide for amateur drama groups, every play listing on our Plays to Perform site has a Discussion Board where you can post a comment or a review, offer a tip for other groups wanting to perform the play, or request advice from those who've already performed it.

The 'Discussion Board' tab is found underneath the play's details, alongside 'About the Play' (only on our Plays to Perform site).*

We hope in time this will build into an invaluable resource for anyone performing  - or thinking about performing - any of these plays.

We're also offering a little incentive in the form of a £30 voucher that can be used to buy any NHB scripts of your choice, awarded to the person who submits the best comment each month. Look out for the 'top comment' alert at the foot of our Plays to Perform homepage.

So don't be shy - post your comment now, and you could win £30 off the playscripts of your choice!

*You will be prompted to enter your details the first time you log in. This is only to help us administrate the forum; your details won't be used for marketing purposes unless you opt in to our Newsletter or Plays to Perform bulletins. 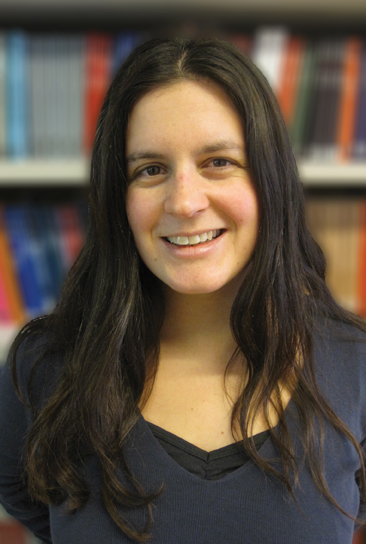 The Stage recommends our Plays to Perform site

The newspaper's Education and Training expert, Susan Elkin, called the site 'inspiring' and recommended it to teachers, youth theatre leaders and members of amateur drama companies as 'a time-saving one-stop shop'.

See the full review here, and then - if you haven't already done so - put our new Play Finder to the test. Whatever kind of play you want to perform, you should be able to find it here.

Good news for the amateur sector

The latest blog post from playwright Fin Kennedy (published Weds 14 March) is essential reading for anyone involved in amateur theatre.

He makes a compelling case for the richness, strength and diversity of amateur theatre across the UK, and makes the perhaps underappreciated point that royalties from amateur performances can make a vital contribution to a playwright's livelihood:

'For playwrights in particular, as state funding for professional theatres contracts and commissions dry up, amateurs are an increasingly important marketplace for our work. They’re also a wonderful example of an entirely spontaneous and self-funding movement of ordinary citizens so in love with our art form that they want to get involved. We should be taking them more seriously. After all, weren't we all amateurs once?'

As well as praising Nick Hern Books' initiative in launching this Plays to Perform site (thank you, Fin), he raises the prospect of an independent, properly funded, industry-wide resource:

'an interactive, searchable database of all British plays from the last thirty years, no matter where they premiered, nor who publishes them... My own vision for the site is that it could go far beyond a mere listing service, by using social media technology to become fully interactive – the equivalent of a Facebook group page for every play in the country.'.

It's an exciting prospect. We wish you the best, Fin.

Playwright Fin Kennedy looks at the state of amateur theatre in the UK, and raises the prospect of a new, independently funded online resource... 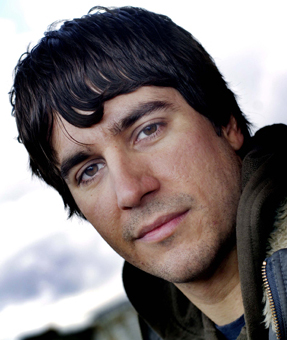 Jerusalem amateur productions in the news

Although currently unavailable for amateur performance, several fortunate companies have been granted the right to perform Jez Butterworth's modern masterpiece, Jerusalem... find out how they got on with tackling one of the most iconic roles in modern theatre today, that of Johnny "Rooster" Byron.

An article in the Independent takes a look at what amateur theatre companies have made of Jez Butterworth's Jerusalem
Book :
Newsletter Sign Up