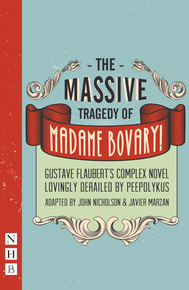 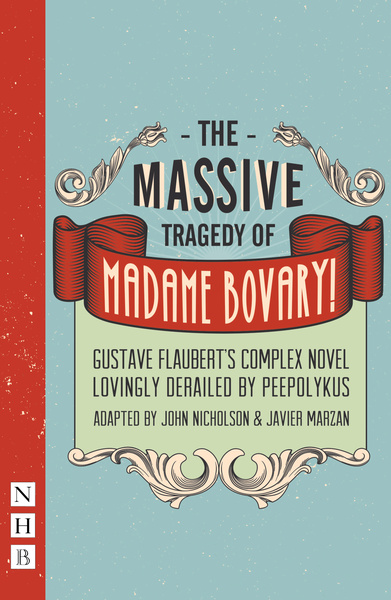 By Gustave Flaubert Adapted by John Nicholson and Javier Marzan

Laugh and cry in equal measure as Emma Bovary chooses the wrong husband. Lose yourself in mesmeric love scenes featuring a procession of devastatingly attractive men. Rail at the fate of women in a patriarchal society, if you will. Prepare yourself for vermin, moustaches, wild animals, lots of French people and a nun.

Written for a bijou cast of four playing multiple roles, The Massive Tragedy of Madame Bovary was a co-production between Peepolykus, Liverpool Everyman & Playhouse, the Nuffield in Southampton, Bristol Old Vic and the Royal & Derngate in Northampton. It premiered at the Everyman in Liverpool in 2016 before touring to all those other places too.

Like their tremendously popular Hound of the Baskervilles, Peepolykus's Bovary offers abundant opportunities for comedy and slapstick – plus some massive tragedy – to any theatre company or drama group looking for a loving derailment of a classic novel.

'Refreshes the parts other adaptions cannot reach... Far from being a dour portrayal of French provincial life, The Massive Tragedy of Madame Bovary is in fact a riot. Peepolykus have essentially juiced Flaubert's original novel, extracting all the sweet and tangy bits and leaving the pulp behind... It teases and pleases in equal measure... the delightful performer-text-audience interplay marks this out for distinction... With more than a hint of Monty Python it all adds up to a rather enchanting box of theatrical tricks'

'Very funny, perceptive and true to the novel... a show delivered with both love and lunacy'

'Wonderfully tongue-in-cheek, fast-paced… metatheatre [as] an extreme sport... despite the lunacy of it all, this is actually a remarkably lucid telling of the story' 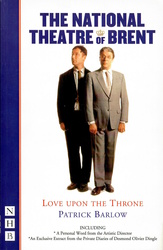 A gleefully comic retelling of the Charles and Diana story, designed to be performed by two (male) actors.
Madame Bovary: Breakfast with Emma

Flaubert's masterpiece about an infidelity with tragic consequences, dramatised for Shared Experience by the well-kno...
The Hound of the Baskervilles (stage version)