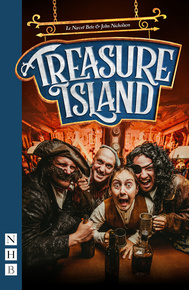 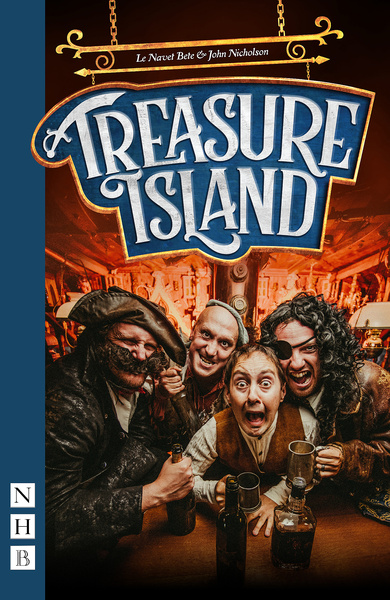 Fourteen-year-old Jim Hawkins is serving ale in The Admiral Benbow Inn – when suddenly the door slams open and in strides Billy Bones, the infamous pirate, to change Jim's life forever…

Soon, Jim finds himself on board The Jolly Todger and setting sail on the high seas. Alongside him, the crew includes Captain Birdseye, Black Dog, Blue Peter, the one-legged Long John Silver, and a parrot called Alexa – and their destination: a mysterious tropical paradise in the Caribbean named Treasure Island. Or Skeleton Island. Depends who you ask.

This riotously chaotic adaptation of Robert Louis Stevenson's beloved Treasure Island is a collaboration between John Nicholson (The Hound of the Baskervilles) and the physical-comedy theatre company Le Navet Bete, with their four actors playing dozens of characters.

Following the company's hilarious, hit adaptations of Dracula: The Bloody Truth and The Three Musketeers, it premiered at the Plymouth Athenaeum in 2019, and in a Black Spot-defying production at the Exeter Northcott Theatre in 2020, before touring nationally.

If you're looking for a rip-roaring, swashbuckling, family-friendly retelling of a classic story to perform with your theatre company or drama group, then X marks this spot.

'A ripping good yarn with an abundance of theatrical surprises'

'Great fun... a version of Stevenson's novel that not only entertains, it refreshes the narrative for a modern audience' 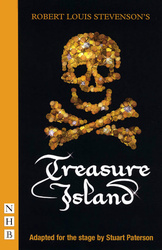 A fresh and genuinely thrilling adaptation of the classic tale, and one that keeps close to Stevenson's original stor...
The Hound of the Baskervilles (stage version)

A comic retelling of the story of Dracula, from John Nicholson and Exeter-based theatre company Le Navet Bet...
The Three Musketeers (stage version)