Sylvia Backemeyer is Director of Learning Resources at Central Saint Martins College of Art and Design, and is the editor of several books on art and design.

David Baddiel is a comedian, author, screenwriter and television presenter.

His debut play, God's Dice, was premiered at Soho Theatre in 2019. 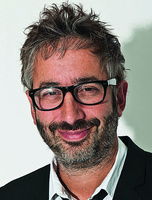 Samuel Bailey is a playwright whose plays include Shook, winner of the 2019 Papatango New Writing Prize. He was the recipient of the Times Breakthrough Award at the South Bank Sky Arts Awards 2021.

Sam Bain is a TV writer, playwright and novelist. Together with Jesse Armstrong, he co-created and co-wrote the Channel 4 sitcom Peep Show from 2003–2015. Peep Show has won two British Comedy Awards, two Royal Television Society Awards, a BAFTA and the Writers Guild of Great Britain Award for Comedy Writers of the Year. Also with Armstrong, he created Fresh Meat, a team-written comedy-drama about university students, which won two RTS awards and a British Comedy Award. In 2014 Sam and Jesse wrote Babylon, a six-part hour-long comedy-drama series for Channel 4 and the Sundance Channel. The feature-length pilot was directed by Danny Boyle. The duo’s other writing includes the feature film Four Lions (2010), co-written with Chris Morris, which premiered at Sundance and won the BAFTA for Outstanding Debut.

Sam’s first solo series, three-part comedy thriller Ill Behaviour, was screened on BBC2 and Showtime in 2017. He adapted his novel, Yours Truly, Pierre Stone, for a four-part Radio 4 series broadcast in 2017.

His debut play, The Retreat, was premiered at Park Theatre, London, in 2017.

Her plays have been produced at over 150 theatres throughout the U.S., and have been produced internationally in over a dozen countries. Other recent honors include a Guggenheim Fellowship, American Academy of Arts and Letters Award, Hull-Warriner Award, Steinberg Award, and the Cullman Fellowship at the New York Public Library. 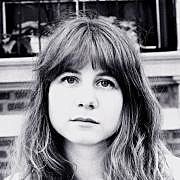 Harley Granville Barker (1877-1946) was an actor, playwright, director and critic, who exerted a major influence on British drama both during and after his lifetime.