Giles Block is 'Master of the Words' at Shakespeare's Globe.

Simon Block is a playwright and screenwriter. His work for theatre includes: Not a Game for Boys (Royal Court); Chimps, Hand in Hand and Everything is Illuminated (Hampstead Theatre); A Place at the Table (Bush Theatre); and 1/25th of the National Theatre Chain Play (National Theatre).

Work for radio includes: Breathe In Breathe Out and The Pool (BBC Radio 4).

Mark Bly is Associate Artistic Director of Yale Repertory Theatre and Co-Chair of the Playwriting, Dramaturgy and Dramatic Criticism programmes at the Yale School of Drama. His professional experience includes dramaturging more than 50 productions.

Al Blyth is an award-winning playwright and screenwriter.

His first full-length play, The Haystack, premiered at Hampstead Theatre in 2020.

He was awarded Soho Theatre's Westminster Prize in 2006, for his play Furnace Four. Other awards include Paines Plough's Future Perfect award, and Channel 4's 4Talent Prize for Best Dramatic Writing.

Alecky Blythe founded Recorded Delivery in 2003. The company's first production, Come Out Eli, premiered at the Arcola Theatre, London, and later transferred to the BAC (winner of the Time Out Award for Best Performance on the Fringe). Recorded Delivery went on to make All the Right People Come Here (New Wimbledon Theatre). Alecky has since created Strawberry Fields (The Courtyard, Hereford); Cruising (Bush Theatre, London); The Girlfriend Experience (Royal Court Theatre and Young Vic, London); I Only Came Here for Six Months (KVS and Les Halles, Brussels); and Do We Look Like Refugees?!, a joint project for the National Theatre Studio and the Rustaveli Theatre, Georgia (Assembly Rooms, Edinburgh Festival Fringe, 2010; winner of Fringe First Award). Alecky was one of the writers on Decade (Headlong) and co-wrote Friday Night Sex with Michael Wynne (Royal Court). London Road, with music composed by Adam Cork, premiered at the Cottesloe auditorium of the National Theatre in 2011 (winner of Best Musical, Critics’ Circle Awards) and transferred to the Olivier auditorium in 2012. Little Revolution premiered at the Almeida Theatre in 2014.

For television she has written A Man in a Box (IWC and Channel 4); The Riots: In Their Own Words (BBC2).

For film she has adapted London Road into a feature (BBC Film, BFI, National Theatre). 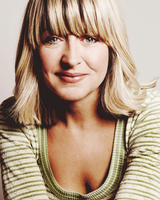 Eric Bogosian is an American actor and playwright, known for his plays Talk Radio and subUrbia as well as numerous one-man shows.