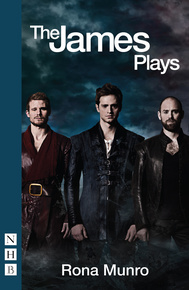 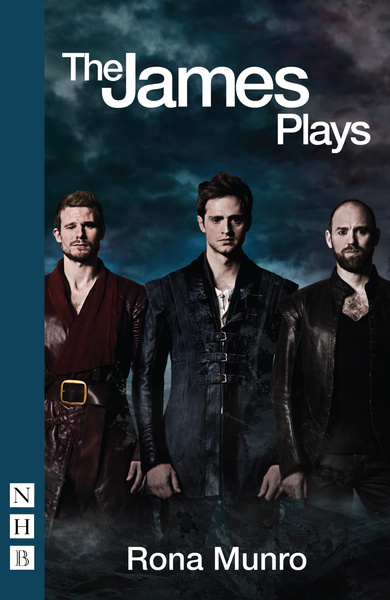 James I: The Key Will Keep the Lock explores the complex character of the colourful Stewart King – poet, lover and law-maker.

James II: Day of the Innocents depicts a violent royal playground from the perspective of the child King and his contemporaries, in a terrifying arena of sharp teeth and long knives.

James II becomes the prize in a vicious game between Scotland's most powerful families. Crowned when only six, abandoned by his mother and separated from his sisters, the child King is little more than a puppet. There is only one friend he can trust: William, the future Earl of Douglas. As James approaches adulthood in an ever more threatening world, he must fight to keep his tenuous grip on the crown while the nightmares of his childhood rise up once more.

James III: The True Mirror, like the King himself, is colourful and unpredictable, turning its attention to the women at the heart of the royal court.

Charismatic, cultured, and obsessed with grandiose schemes that his nation can ill afford, James III is by turns loved and loathed. Scotland thunders dangerously close to civil war, but its future may be decided by James' resourceful and resilient wife, Queen Margaret of Denmark. Her love and clear vision can save a fragile monarchy and rescue a struggling people.

Each play stands alone as a unique vision of a country tussling with its past and future; viewed together the trilogy creates an intricate and compelling narrative on Scottish culture and nationhood, full of playful wit and boisterous theatricality.

The James Plays premiered at the Festival Theatre, Edinburgh, in August 2014 as part of the Edinburgh International Festival, before transferring to the National Theatre, London. The trilogy was named Best New Play at the Evening Standard Theatre Awards 2014.

'A towering achievement... a modern classic'

'An astonishing dramatic achievement... Munro's script is the star... a feast of theatrical might and blistering emotion'

'Full of topical resonance... These are unequivocally plays for today... Munro skilfully interweaves the personal and the political'

'Wit, punch and accessibility... this is theatre that mixes the personal with the political to fabulous effect. ... The scope is Shakespearean, yet Munro applies a contemporary sensibility to her medieval characters, who talk and swear in modern tongue'

'Rona Munro's three plays can stand confidently alone but, taken together, have a scale and reach that is thrilling and satisfying in equal measures'

Mike Bartlett's 'future history play' explores the people beneath the crowns, the unwritten rules of our democracy, a...
Glory on Earth

A historical drama about the 18-year-old Mary Stuart, Queen of Scots, and the protestant reformer, John Knox.