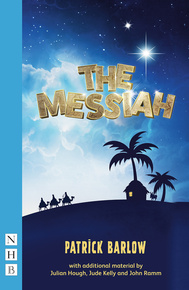 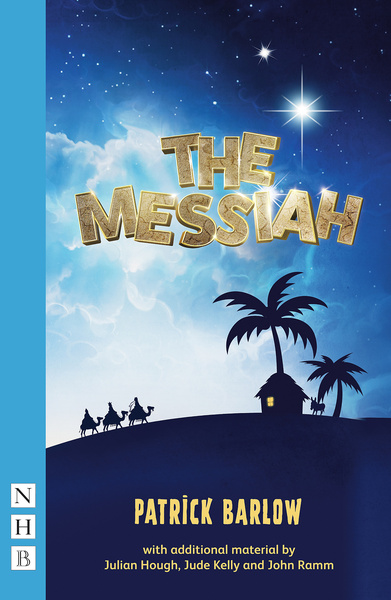 The funniest and most magical Nativity you will ever see.

A travelling troupe of two actors and an opera singer arrive by donkey to masterfully, movingly and miraculously enact the greatest story ever told.

The absurdly talented Maurice Rose, the alarmingly unpredictable Ronald Bream RAC, and the distinguished diva Mrs Leonora Fflyte play a cast of thousands in a Christmas comedy that conjures up the sublime, the ridiculous and the truly angelic.

Patrick Barlow's The Messiah was first performed to universal acclaim by the National Theatre of Brent in 1983, and revived at the Bush Theatre, London, in 2000. This new version, with additional material by Julian Hough, Jude Kelly and John Ramm, was published alongside a major touring production in 2018, starring Hugh Dennis, John Marquez and Lesley Garrett, which was seen at venues around the country including Birmingham Repertory Theatre and The Other Palace, London.

An older version of The Messiah, published alongside the Bush Theatre revival in 2000, is available here.

'I haven't laughed so much at any other show this festive season… an appealing sprinkling of the old-fashioned magic and, dare I say it, message of Christmas'

A comic version of the greatest story ever told, from the National Theatre of Brent.
The Hound of the Baskervilles (stage version)

Hollywood comes to rural Ireland in this hilarious multi-award winner which ran for four years in London's West End.
Around the World in 80 Days (stage version)