Roger Bartlett is a Master Teacher and Examiner with the British Academy of Stage & Screen Combat (BASSC), the UK's leading provider of stage-combat training. He has taught at events and workshops throughout Europe and the United States; schools including the Royal Academy of Dramatic Art and Nissan Nativ Acting Studio in Jerusalem; and has been the stage-combat teacher at the Birmingham School of Acting since 2003 and City Lit, London, since 2004. He is the author of Stage Combat: Unarmed, published by Nick Hern Books.

He is also an Equity-registered fight director and has worked on many varied productions for venues including Liverpool Everyman, the Bush Theatre, West Yorkshire Playhouse, Theatre Royal Bath, Southwark Playhouse, the Finborough Theatre, the Gala Theatre, Durham, and Warwick Castle – and companies including Paines Plough, Sell A Door and Iris Theatre. He was the Associate Fight Director for the National Theatre's worldwide hit One Man, Two Guvnors by Richard Bean.

For film, he has worked as part of the stunt team for the Vertigo Films production Hammer of the Gods, the popular TV show Vikings, and fulfilled a dream when he was able to kill a zombie or two
in Apocalypse.

Having started out as an actor, working on small-scale and fringe-theatre productions and student films, he still regularly acts and directs for the Company of Ten, an amateur theatre company based at the Abbey Theatre, St Albans. He lives in the city with his wife and cat. 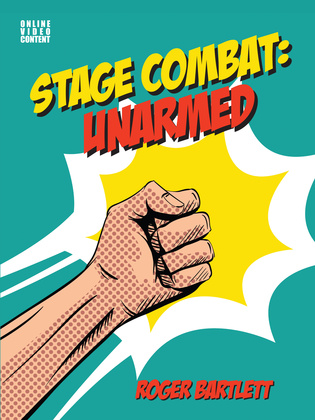