The new book by cult theatre figure West End Producer is to be published by Nick Hern Books in November. It is a hilarious, tongue-in-cheek companion for audience members everywhere as they embark on the most perilous quest of all: going to the theatre. Also upcoming is an audiobook release for West End Producer’s popular first book, a witty insider guide about how to get ahead in showbusiness.

Published on 30 November, Everything You Always Wanted To Know About Going To The Theatre (But Were Too Sloshed To Ask, Dear) is the second book from masked Twitter sensation West End Producer (or WEP to his friends). WEP is a cult figure in London’s theatre scene, frequently attending press nights with his Jean Valjean teddy by his side.

WEP has over 60,000 followers on Twitter (where he tweets as @westendproducer), and counts among his fans such starry names as Paul O’Grady, Melanie C, David Harewood, Kerry Ellis, Michael Ball, Frances Barber, Al Murray, Ruthie Henshall and Rufus Hound. He writes a weekly column for industry newspaper The Stage, and his first book Everything You Always Wanted To Know About Acting (But Were Afraid To Ask, Dear) was released in 2013.

In his eagerly anticipated new book, WEP shares his industry secrets once again, this time coming to the aid of anyone who’s ever been to the theatre, or who thinks they might like to try it one day. Packed with insider know-how and naughty anecdotes, this book will tell you how to make your West End adventure as smooth as Craig Revel Horwood’s nose, including tips and advice on what shows to see and what to avoid; where to sit (without developing ongoing neck problems and deep vein thrombosis); how to combat theatre rage (and get to the ladies’ loos before anyone else); and what to wear (from the correct attire at press night, to the importance of a good, reliable codpiece at The Globe).

Also included are many of WEP’s most wickedly astute tweets, potted histories of some the greatest West End shows, and handy instructions on how to become one of WEP’s ‘Theatre Prefects’ – protecting theatres from phone users, snorers, and persistent latecomers.

Everything You Always Wanted To Know About Going To The Theatre (But Were Too Sloshed To Ask, Dear) is published as a £10.99 paperback on 30 November, and is available to pre-order now.

NHB is also excited to announce an audiobook version of West End Producer’s popular first book, Everything You Always Wanted To Know About Acting (But Were Afraid To Ask, Dear).

Unabridged and read by the author, the book sees WEP share all he’s learnt about how to get ahead in showbusiness. Full of wit and mischievous indiscretion, packed with gossip and insider knowledge of the theatre business, and containing enough savvy advice on acting to kickstart a career, it offers tips – both practical and deliciously impractical – on everything from getting into drama school (learning how to sit in a circle); rehearsal techniques (including how to act in a serious play); and, most importantly, the correct way to bow at the curtain call.

The audiobook of Everything You Always Wanted To Know About Acting (But Were Afraid To Ask, Dear) will be released in October.

And an audiobook! Well, that just makes me even more aroused. The thought of all those lovely people listening to my vocal tones as I read out my first book is wonderful. I can’t wait to share both of these theatrical delights: one for those who can read, another for those who can listen. Marvellous, dear!”

Matt Applewhite, Managing Director of Nick Hern Books, said: “We’re delighted to be joining forces with Theatreland’s most colourful character on these two new projects. WEP’s second book is a hilarious read that will delight and entertain theatregoers everywhere – the perfect Christmas present for any self-confessed theatre addict. We’re also excited to release WEP’s vastly popular first book as an audiobook. Readers loved his witty, insightful take on the business of being an actor, and now they can listen to his cheeky, sometimes scandalous jokes and heartfelt advice, all read in his own dulcet tones.” 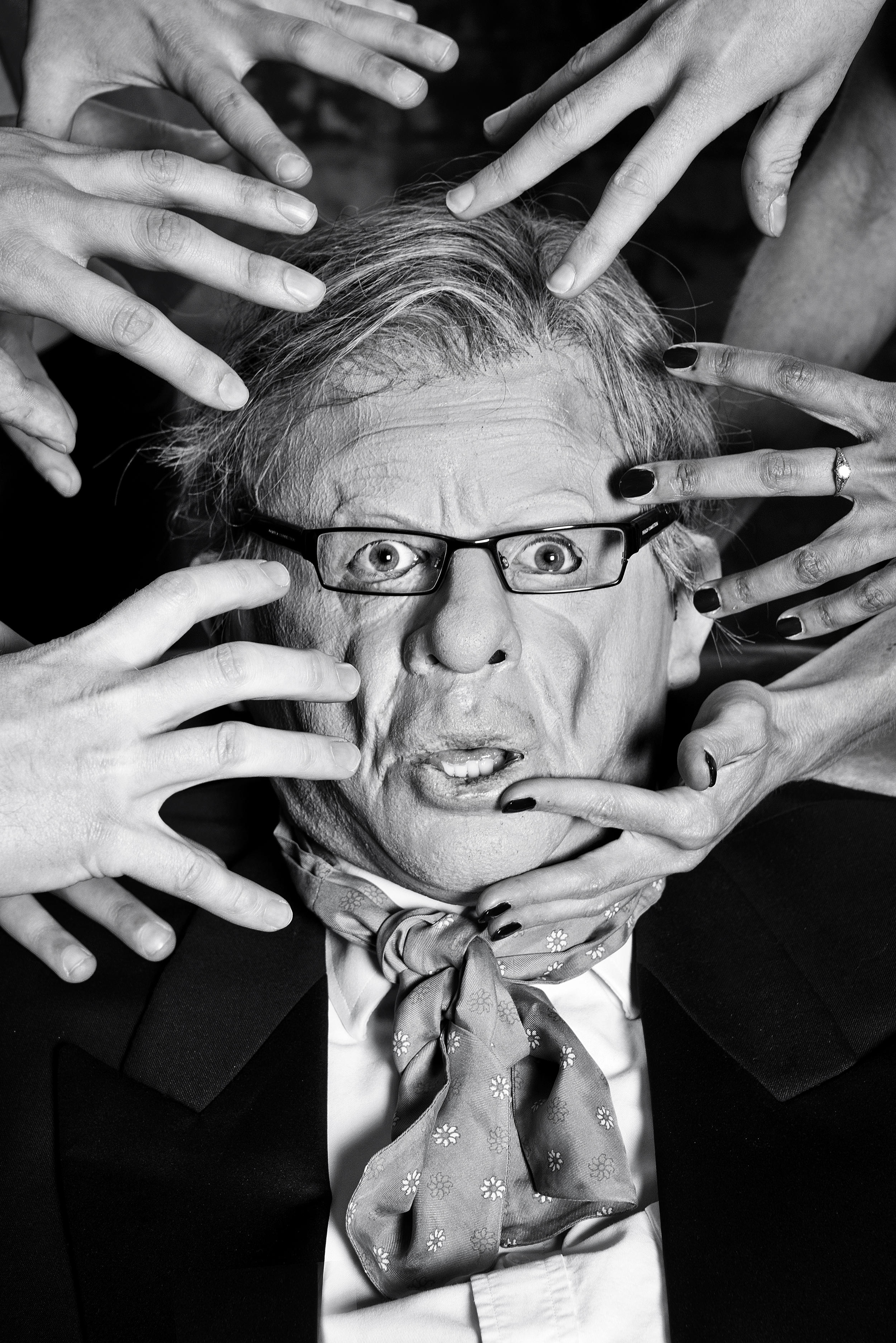