Michael Bruce is a composer and lyricist who has written scores and songs for many theatre productions around the UK, in London and New York.

After training at the Liverpool Institute for Performing Arts (LIPA) he worked as a musical director and musician. In 2007 he won the Notes for the Stage prize for songwriting run by the Stage newspaper, which led to a concert of his musical-theatre work being staged at the Apollo Theatre on Shaftesbury Avenue. Following the success of this, his album Unwritten Songs was released and debuted at number one on the iTunes vocal chart.

He has held the position of Composer-in-Residence at both the Bush Theatre and the Donmar Warehouse in London. His work at the Donmar has included scores for The Vote, Privacy, Coriolanus, Trelawny of the Wells, Berenice, Philadelphia, Here I Come!, The Physicists and The Recruiting Officer; at the National Theatre: Sunset at the Villa Thalia, The Beaux Stratagem, Man and Superman, Strange Interlude and Men Should Weep; and at the Royal Shakespeare Company: The Two Gentlemen of Verona and Candide. He has written scores for shows at the Old Vic, Hampstead Theatre, the Finborough Theatre and the Lyric Hammersmith, and in the West End his credits include Much Ado About Nothing, Relatively Speaking, Hay Fever and Noises Off. On Broadway his work has included Les Liaisons Dangereuses and The Winslow Boy.

Michael has worked extensively as an arranger, orchestrator and conductor – and is also incredibly proud to have played table tennis for Scotland in his youth. 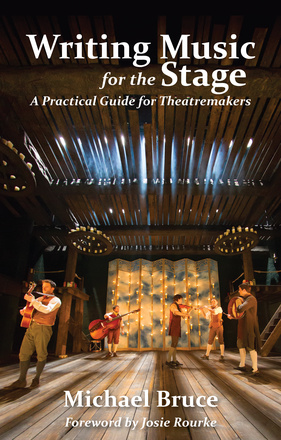