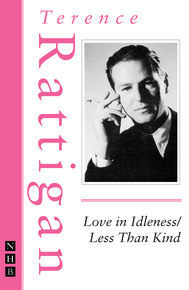 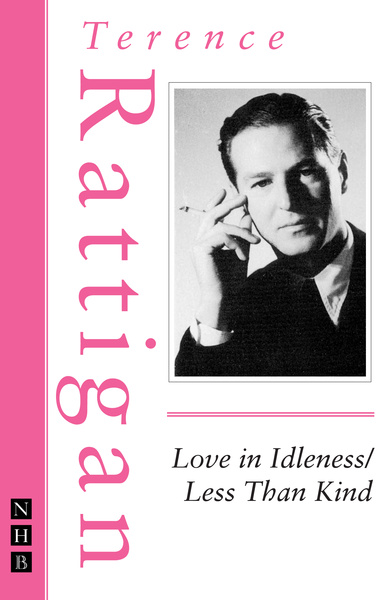 Love in Idleness is the third in Terence Rattigan's unofficial trilogy of war plays (after Flare Path and While the Sun Shines). It is published here alongside an earlier version of the play, Less Than Kind, which was never staged during Rattigan's lifetime.

Michael, eighteen, returns to wartime London from schooling in Canada, brimming with youthful left-wing convictions. Reunited with his mother, he is alarmed as he begins to realise that she is the mistress of a leading member of the war cabinet. Sparks fly between the idealistic younger man and the pragmatic politician, while the mother is torn between them...

Love in Idleness was first staged at the Lyric Theatre, London, in December 1944, in a version rewritten by Rattigan at the request of the production's stars, Alfred Lunt and Lynn Fontanne.

The earlier version of the play, Less Than Kind, was never staged and remained unpublished until 2011, the centenary of Rattigan's birth. That version was premiered at Jermyn Street Theatre, London, in January 2011.

This volume presents both plays in full so that readers may judge for themselves which is the better.

This edition includes an authoritative introduction by Dan Rebellato, a biographical sketch and chronology.

'A universally relevant observation of parents and children and the problems of finding true, true love… a play well-worth rediscovering'

'A glorious – and rare – wartime Terence Rattigan play… turns on a sixpence from Chekhovian despair to frothing farce… often howlingly funny, but it has that Rattigan tang, the streak of honest agony and conflicted love which shakes the heart'

A disastrous family reunion is the occasion for a sharp and perceptive look at what has happened to 60s idealists and...
Flare Path

The tragic story of how Rudyard Kipling sent his son to his death in the First World War.
Blue Stockings

A moving, comical and eye-opening story of four young women fighting for education and self-determination against the...