Andy Nyman is an actor, writer and magician.

He has appeared in many films, including Severance, Death at a Funeral, The Commuter, Judy and Jungle Cruise. He won the coveted Best Actor Award at the 2006 Cherbourg Film Festival for his performance in indie movie favourite Shut Up and Shoot Me.

On television he has played an incredibly diverse range of roles, including Winston Churchill in Peaky Blinders, Jonty de Wolfe in Channel 4's cult comedy Campus, and Patrick in Charlie Brooker's BAFTA-nominated series Dead Set. Andy has also appeared in many plays, including Martin McDonagh's Hangmen and Mike Leigh's Abigail's Party in London's West End, and Stephen Sondheim's Assassins and the lead role of Tevye in Fiddler on the Roof, both at the Menier Chocolate Factory.

Andy has co-created and co-written many of Derren Brown's television and stage shows alongside Derren. Together they created some of the most notorious and popular TV of the past years, including Russian Roulette, The System, The Heist and The Events, including predicting the National Lottery result. Andy has also co-written and directed most of Derren's stage shows, including Something Wicked This Way Comes, which won them the 2006 Olivier Award for Best Entertainment, and Secret, which won them a 2017 New York Drama Desk Award. Andy has also invented many very popular magic tricks which are performed by magicians the world over. His book of collected magic effects, Bulletproof, was published in 2010.

In 2010, along with Jeremy Dyson, Andy wrote and directed the stage play Ghost Stories. It broke box-office records at theatres and led to two West End runs of thirteen months each, and productions all over the world. In 2018 Andy and Jeremy wrote and directed the feature film version of Ghost Stories, which starred Andy, Martin Freeman, Alex Lawther and Paul Whitehouse. It received incredible reviews worldwide and was 'Certified Fresh' on Rotten Tomatoes. 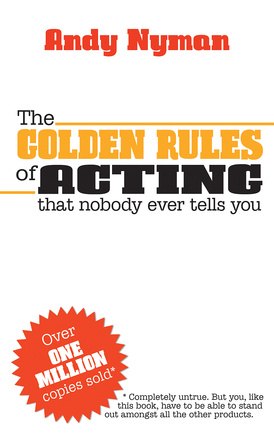 The Golden Rules of Acting
By Andy Nyman 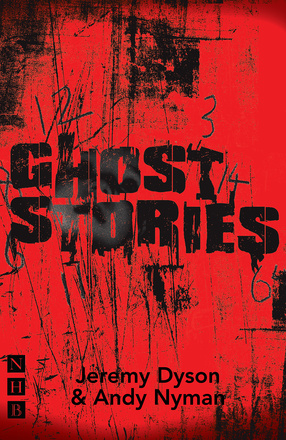 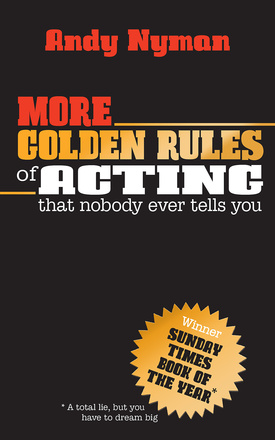