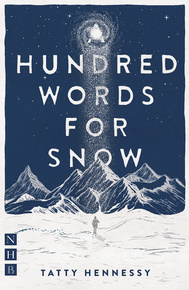 A Hundred Words for Snow 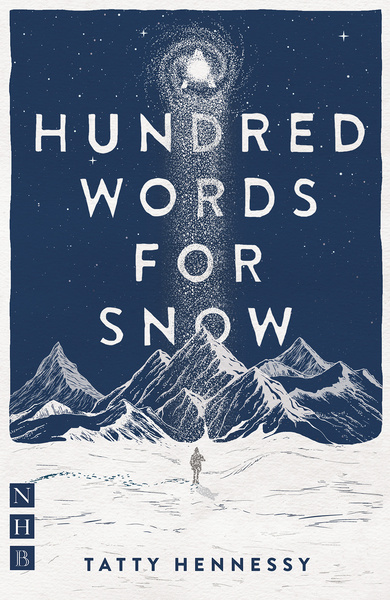 A Hundred Words for Snow

Rory's dad was an explorer. Well, not literally. Literally, he was a geography teacher. But inside, she knows, he was Bear Grylls. And when he dies suddenly in an accident, Rory knows she needs to make one last expedition.

With a plastic compass and Dad's ashes at her side, Rory sets off in the footsteps of all the dead beardy explorers before her, to get Dad to the North Pole. Before Mum finds out they've gone.

Tatty Hennessy's play A Hundred Words for Snow is about being an explorer in a melting world. It's a coming-of-age story. With polar bears.

The play won the Heretic Voices Monologue Competition and was first produced at the Arcola Theatre, London, in 2018. A new production was performed at the 2018 VAULT Festival, where it was the winner of a VAULT Origins Award for outstanding new work from the VAULT Festival. It then toured the UK, with a run at the Trafalgar Studios in London's West End in 2019.

This edition also includes the diary of her research trip to the Arctic Circle, and the short play Distant Early Warning, set in 2053 in what was once Greenland.

A Hundred Words for Snow is also available in the volume Heretic Voices: Three Award-winning Monologues.

‘It’s a bit weird to be sitting at the Arctic Circle chatting to a fit boy with your dad’s ashes in your backpack.’

'Inspired and fast-paced, filled with taut observations and brilliant humour… [has] creativity and joy running throughout'

'A real gem… warm, witty, and like its central character, heavily layered'

An exhilarating coming-of-age drama for a solo performer.
The Authorised Kate Bane 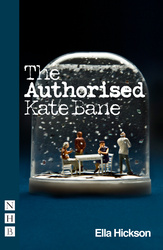 A painfully comic excavation of a family history asks if there is an authorised version of the past - or just the one...
Burying Your Brother in the Pavement

A play about grief and looking at someone that little bit more closely. Written specifically for young people, Bu...
Bird and other monologues for young women

Three hard-hitting, distinctive monologues for young female actors, from one of the country's most exciting young pla...
A Girl's Bedroom 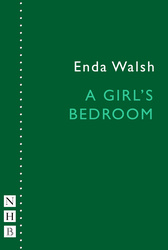 A short play from the author of Disco Pigs and The Walworth Farce.
Heretic Voices 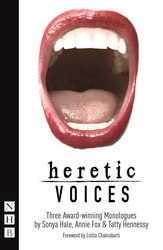 An anthology of the best new writing in monologue form, celebrating unique voices with exceptional stories to tell.