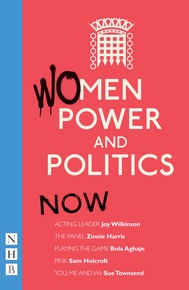 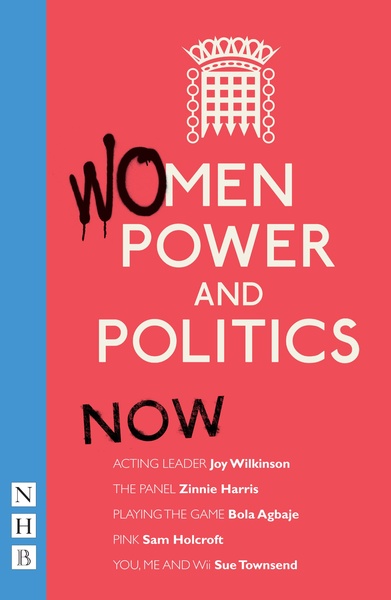 The five plays in this volume look at the impact and influence that women have today.

In Acting Leader by Joy Wilkinson, Margaret Beckett finds herself Acting Leader of the Opposition after the sudden death of John Smith.

The Panel by Zinnie Harris is about the power politics underlying the selection of any candidate.

Playing the Game by Bola Agbaje is about the election of a new President of a Students' Association.

In Pink by Sam Holcroft, a millionaire businesswoman is confronted by an unexpected visitor.

You, Me and Wii by Sue Townsend is set in a council house in a small Leicestershire town at election time.

The other plays presented in the season are available in the companion volume, Women, Power and Politics: Then.