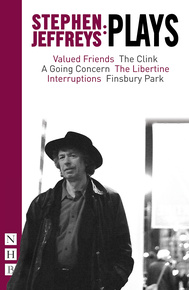 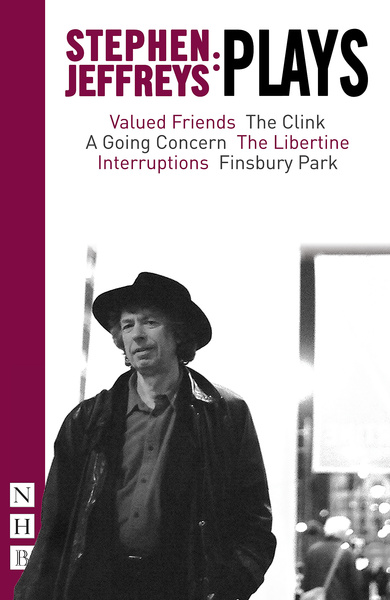 A selection of the best work of Stephen Jeffreys, whose career stretches from an award-winning play at the National Student Drama Festival in 1977 through to an adaptation of The Alchemist for the RSC in 2016.

Included here are his first big success, Valued Friends, a comedy of manners about the property market which won both the Evening Standard and Critics' Circle Awards; a riotous farce set in the time of Elizabeth I, The Clink, in which a stand-up comedian becomes involved in the political skulduggery surrounding the ailing queen; an autobiographical drama set in 1966, A Going Concern, about a washed-up family business; and Jeffreys' smash-hit, The Libertine, a Restoration romp about the licentious Earl of Rochester, much revived and also filmed with Johnny Depp.

Rounding off the volume are two previously unpublished plays: Interruptions, inspired by Jeffreys' interest in the collective aspect of politics and his fascination with the Japanese aesthetic principle of Jo-ha-kyu; and a very likable, short autobiographical monologue, Finsbury Park.

Together, all six plays represent the impressively wide range of topics and styles that Jeffreys embraced. Above all, each one of them is intensely and enjoyably theatrical to its very core.

'I had the great pleasure of working with Stephen Jeffreys on his play, The Libertine. Would that all playwrights had his openness, his talent, his hard-headedness, his experience, his enthusiasm, his complexity, and perhaps best of all his talent and interest in eliciting the best in others' John Malkovich 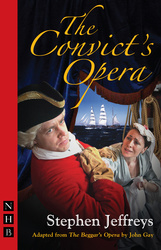 The world's first ever musical, The Beggar's Opera, is performed on board a creaking convict ship bound for...
The Clink

A riotously funny satirical farce in the tradition of Rosencrantz and Guildenstern are Dead and Shakesp...
I Just Stopped By To See The Man 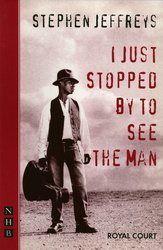 A play about the myth surrounding an old blues singer, from the author of The Libertine.
Newsletter Sign Up