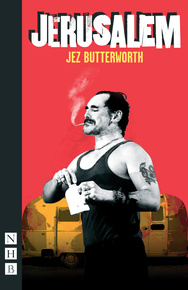 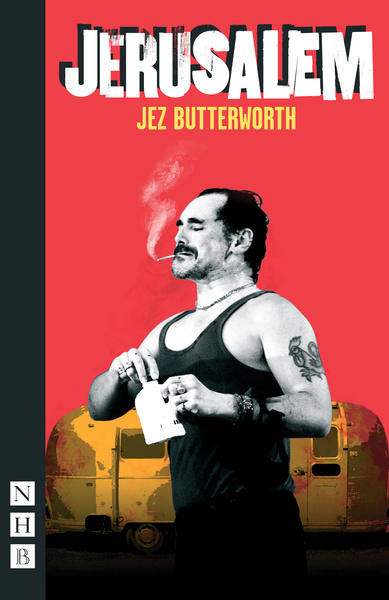 On St George's Day, the morning of the local country fair, Johnny 'Rooster' Byron, local waster and Lord of Misrule, is a wanted man. The council officials want to serve him an eviction notice, his son wants to be taken to the fair, a vengeful father wants to give him a serious kicking, and a motley crew of mates wants his ample supply of drugs and alcohol.

Jerusalem premiered at the Royal Court Theatre, London, in July 2009 in a production directed by Ian Rickson and starring Mark Rylance. It transferred to the Apollo Theatre in the West End in January 2010, and played on Broadway in 2011.

'Unarguably one of the best dramas of the twenty-first century'

'Tender, touching, and blessed with both a ribald humour and a haunting sense of the mystery of things... one of the must-see events of the summer'

'Jez Butterworth's gorgeous, expansive new play keeps coming at its audience in unpredictable gusts, rolling from comic to furious, from winsome to bawdy'

'Storming... restores one's faith in the power of theatre'

'Show of the year'

An experimental and challenging work which reveals the ways in which even the darkest experiences can engender a grea...
Mojo

The cult hit first seen at the Royal Court, a slick and violent black comedy set in the Soho clubland of the 1950s. T...
What Shadows

A searing look at identity and immigration within a bitterly div...
The Ferryman

Preparations for the annual harvest on a farm in County Armagh in the 1980s are interrupted by a visitor. Winner of t...
Albion