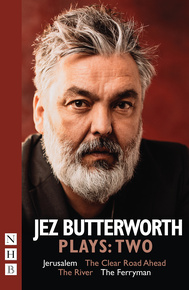 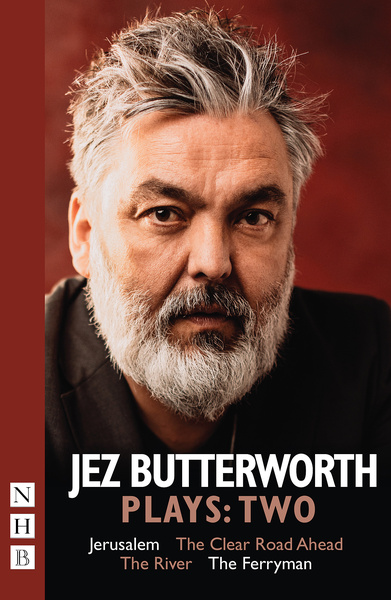 When Jez Butterworth's Jerusalem premiered at the Royal Court Theatre, London, in 2009, it served notice of an astonishing development in the career of a writer whose debut, Mojo, had premiered on the same stage nearly fifteen years before.

Unearthing the mythic roots of contemporary English life, and featuring Mark Rylance in an indelible central performance as Johnny 'Rooster' Byron, the play transferred to the West End and then to Broadway, before returning to the West End in 2011. 'Storming… restores one's faith in the power of theatre' Independent. 'Unarguably one of the best dramas of the twenty-first century' Guardian.

Jerusalem was followed by the bewitching chamber play The River (Royal Court, 2012), a 'magnetically eerie, luminously beautiful psychodrama' Time Out. 'A delicately unfolding puzzle… all of it is wrapped in marvellous language… extraordinary' The Times.

This volume concludes with the multi-award-winning The Ferryman (Royal Court and West End, 2017; Broadway, 2018), an excavation of lives shattered by violence, set in a farmhouse in Northern Ireland in 1981. 'A richly absorbing and emotionally abundant play… an instant classic' Independent. 'A magnificent play that uses, brilliantly, the vitality of live theatre to express the deadly legacy of violence' Financial Times.

Also included here is the screenplay for the short film The Clear Road Ahead (2011), published here for the first time, and an edited transcript of a conversation between Butterworth and the playwright Simon Stephens.

‘Come, you drunken spirits. Come, you battalions. You fields of ghosts who walk these green plains still. Come, you giants!’

The cult hit first seen at the Royal Court, a slick and violent black comedy set in the Soho clubland of the 1950s. T...
Newsletter Sign Up