Paul Kalburgi is a British playwright, screenwriter and television producer. He was awarded Master of Arts (Writing for Screen & Stage) in 2015 by Regent’s University, London.

Alongside his writing projects, Paul continues to facilitate writing courses and workshops in the USA, UK and New Zealand. Paul is a proud member of the Dramatists Guild of America. 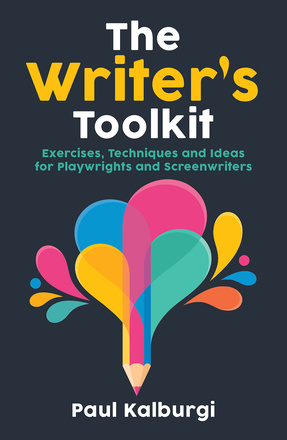 Exercises, Techniques and Ideas for Playwrights and Screenwriters

Almost two hundred practical exercises, techniques and ideas for every part of your process, designed to equip you with everything required to kickstart your creativity, develop your craft, and make your writing the very best that it can be.