NHB author Gregory Doran will be the next Artistic Director of the Royal Shakespeare Company, it was announced today (22 March).

After 25 years with the company - first as an actor, then as assistant director, and, since 2006, as Chief Associate Director - Doran will succeed Michael Boyd as Artistic Director in September.

This year Doran directs Julius Caesar for the World Shakespeare Festival. His most recent RSC productions include: Written on the Heart, Cardenio and Morte d'Arthur (all three published by Nick Hern Books), and, from the Shakespeare canon, Twelfth Night, Hamlet, A Midsummer Night's Dream and Love's Labour's Lost.

His book, Shakespeare's Lost Play: In Search of Cardenio, is published by Nick Hern Books. 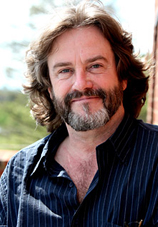