The 2022 Susan Smith Blackburn Prize was awarded today (11 April 2022) to Nick Hern Books playwright Benedict Lombe for her debut play Lava, which premiered at the Bush Theatre, London, in July 2021.

In a special presentation at Shakespeare's Globe in London, the Blackburn Prize judges presented Lombe with a cash prize of $25,000, and a signed limited-edition print by renowned artist Willem de Kooning, created especially for the Prize. Awarded annually since 1978, The Susan Smith Blackburn Prize is the oldest and largest prize awarded to women+ playwrights.

In Lava, a British Congolese woman receives an unexpected letter from the British Passport Office and is forced to confront an old mystery: why does her South African passport not carry her first name? In her quest for answers, she finds a much bigger story. Playful and lyrical, moving from Mobutu's Congo to post-Apartheid South Africa, Ireland and England, Lava is a story about unravelling the patterns of chaos across history-questioning nationhood narratives, and the process of naming the unnameable. 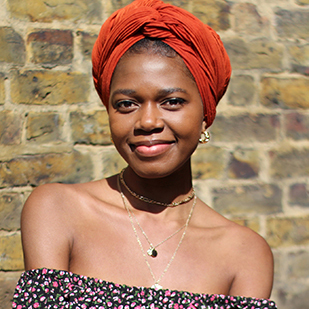