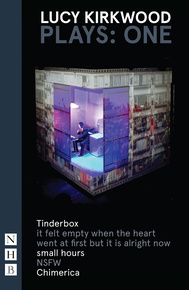 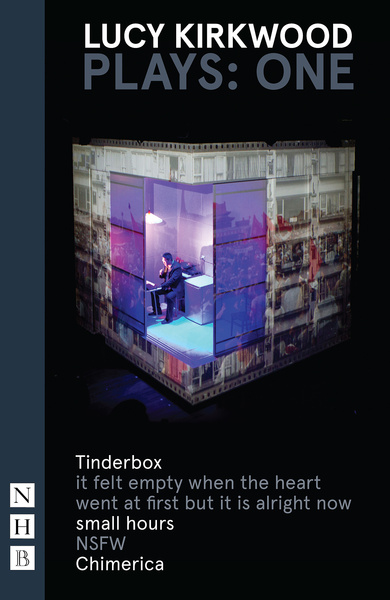 Since her debut in 2008, Lucy Kirkwood has firmly established herself as a leading playwright of her generation, the writer of a series of savagely funny, highly intelligent and beautifully observed plays that tackle the pressing issues of our times.

This collection, with an introduction by the author, brings together five of her plays, starting with the wild and riotously funny farce, Tinderbox (Bush Theatre, 2008), a disturbing vision of a dystopian future where England is dissolving into the sea, realised with 'off-kilter imaginative flair' (The Times).

Written for Clean Break theatre company, it felt empty when the heart went at first but it is alright now (Arcola Theatre, 2009; winner of the John Whiting Award) is a devastating report from the hidden world of Eastern European women trafficked to London to work in the sex industry.

The previously unpublished small hours (Hampstead Theatre, 2011), a collaboration with Ed Hime, directed by Katie Mitchell, is an intimate dissection of the claustrophobic world of a new mother struggling to cope on her own.

The sharply satirical NSFW (Royal Court, 2012) is a 'richly absorbing and inventive' (Telegraph) look at power games, privacy and gender politics in the media.

The volume concludes with Chimerica (Almeida Theatre and West End, 2013), a gripping and provocative examination of the shifting balance of power between East and West. Winner of multiple awards, including the Olivier and Critics' Circle Awards for Best New Play, the Evening Standard Best Play Award and the Susan Smith Blackburn Prize, Chimerica is 'gloriously rich and mind-expanding' (Guardian), and a 'tremendously bold piece of writing' (Evening Standard).

'Kirkwood is the most rewarding dramatist of her generation' Independent