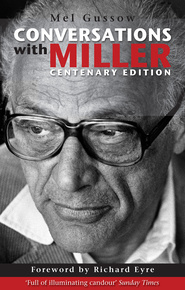 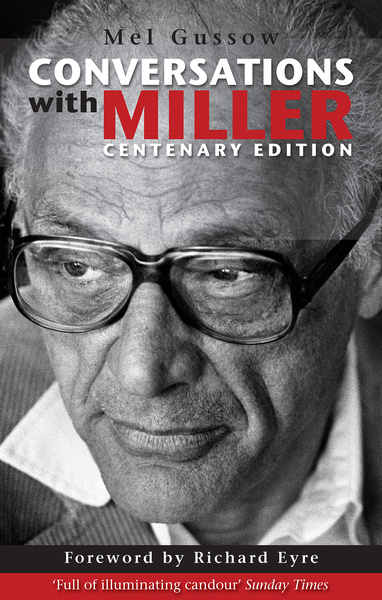 New York Times drama critic Mel Gussow first met Arthur Miller in 1963 during rehearsals of After the Fall, the play inspired by Miller’s marriage to Marilyn Monroe. They then met regularly over the following forty years.

Conversations with Miller records what was discussed at more than a dozen of these meetings. In the book, the author of Death of a Salesman, A View from the Bridge and The Crucible is astonishingly candid about everything from the personal to the political: his successes and disappointments in theatre, his role as an advocate of human rights, his staunch resistance to the United States Congressional witch hunts of the 1950s. He also speaks forthrightly about his relationship with Monroe.

Personal, wise and often very funny, the result is a revealing self-portrait of one of the giants of twentieth-century literature, who was both a 'regular guy' and a fiercely original writer and thinker.

Published to mark the centenary of Arthur Miller’s birth, this new edition of Conversations of Miller features a new Foreword by Richard Eyre, former Artistic Director of the National Theatre, and an Afterword by publisher Nick Hern, in which both reflect on their own conversations with America’s greatest playwright.

Read an extract from the book published in The Guardian...

'For an in-depth appreciation of Miller's playwriting gifts... this is a must-read book'

'Illuminates every facet of Miller's personality - his dry wit, innate fairness, fearlessness when fighting for his convictions and, above all, honesty... brilliantly crafted and compiled'

"[An] enthralling book... delightful and accessible... will bring a new level of insight into those both familiar and unfamiliar with the legend's work"