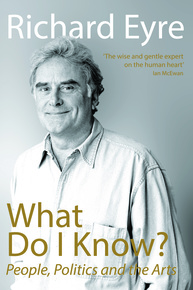 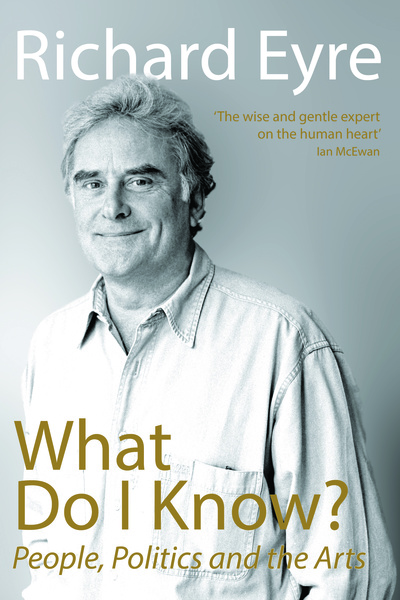 People, Politics and the Arts

Since his successful spell running the National Theatre, Richard Eyre's career as a director of film, theatre and opera has made him a leading cultural figure and a hugely respected commentator on the arts.

This book collects over fifty short pieces written by Eyre about people he has known and worked with, ideas he has struggled with, things that have moved, delighted or infuriated him. He writes with candour, perceptiveness and charm, and always with an eye for the telling anecdote or the revealing detail that betrays the inner life of his subject.

Here we encounter Arthur Miller recounting to Eyre the events of the first night of Death of a Salesman; Harold Pinter overheard in a characteristically pugnacious exchange; Judi Dench racing clockwork chicks across a table, her face 'illuminated by demented glee'.

Here too are Alan Bennett, Kate Winslet, Margaret Thatcher, John Mortimer and Marlon Brando, each of them brought vividly and unforgettably to life in the space of a few hundred words.

Eyre also includes pieces about the monarchy, about the Iraq War, about Alzheimer's Disease (from which his mother suffered), about his love of climbing (from the comparative safety of his armchair), and about the relationship between music and sexuality.

What Do I Know? is a book that tackles serious ideas with a light and often mischievous touch, and it confirms Eyre's place as one of our foremost writers and cultural statesmen.

'Richard Eyre's writing is illuminated by all he has achieved as the consummate director of our age. He is the wise and gentle expert on the human heart.' Ian McEwan

'The best book I have read so far this year... I will be very pleased to come across another book that is as engaging, intelligent, sensitive and beautifully written as this one... Eyre knows pretty much everyone in the world of the theatre, is acutely aware of politics and has a depth and breadth of knowledge and understanding of film, music, literature and fine art that marks him out as a modern renaissance man'

'Highly intelligent and thought-provoking... gets right to the heart of what it means to be an actor... spectacular and highly entertaining... something for every theatre addict to enjoy'

'A superb collection… definitive, gorgeously written and devastatingly acute… a lifetime in the arts, and the institutions that matter, has rarely been so valuable, revealing or funny'