Michel Tremblay is a French Canadian novelist and playwright, born in Montreal, Quebec. His first professionally produced play, Les Belles-Sœurs, was written in 1965 and premiered at the Théâtre du Rideau Vert on August 28, 1968. It stirred up controversy by portraying the lives of working-class women and attacking the straight-laced, deeply religious society of mid-20th century Quebec. A version of the play in Scots English, The Guid Sisters, translated by Bill Findlay and Martin Bowman, was premiered at the Tron Theatre, Glasgow, in 1989; and a version set in Ireland, The Unmanageable Sisters by Deirdre Kinahan, premiered at the Abbey Theatre, Dublin, in 2018.

Solemn Mass for a Full Moon in Summer 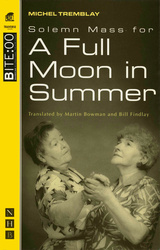 A bold, quirky play from the renowned Quebecois writer, translated into a robust and earthy Scots.
Manon / Sandra 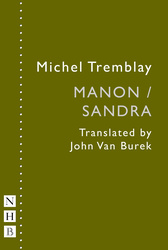 A controversial but humane play about an obsessively religious girl and a sex-obsessed transvestite, by the renowned...
Albertine in Five Times 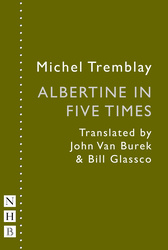 A simultaneous portrait of a woman at five different ages. Five actresses portray Albertine at different times of her...
The Guid Sisters

Germaine Lauzon has won a million Green Shield stamps. She invites her female friends and relations to a party to pas...
The Unmanageable Sisters 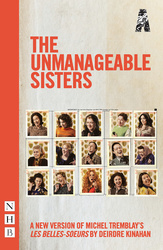