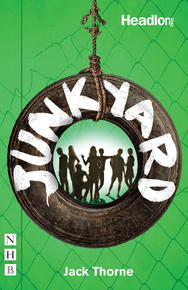 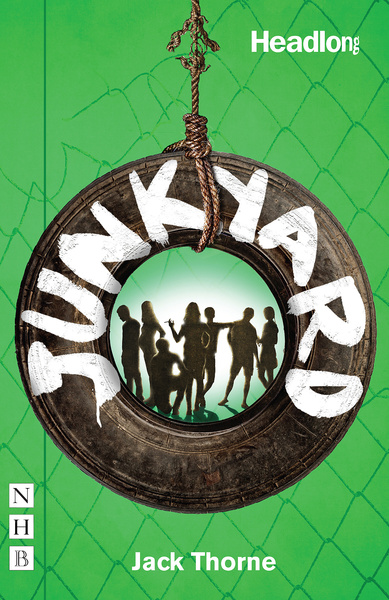 Staging: a junk playground that needs be built and dissembled

It's 1979, rubbish is on the streets of Bristol, and it's tricky being Fiz. She's thirteen, she's got no money, her sister's pregnant and her mum thinks she's a waste of space...

Rick remembers what it's like to be a teenager. So he thinks it won't take much to get a bunch of kids to help him build a playground out of junk.

Jack Thorne's honest and witty Junkyard, with music by Stephen Warbeck, premiered in 2017 in a co-production between Headlong, Bristol Old Vic, Rose Theatre Kingston and Theatr Clwyd, and directed by Jeremy Herrin.

Extra Content: Jack Thorne on the true story behind the playground that features in Junkyard, and his own dad's role in creating it. 'These places do captivate kids in a way that nowhere else does. Yet they are probably now under their greatest threat.' Read more in The Guardian.

'Who'd want to join in building a fucking playground.'

'A rallying cry for the celebration of imagination, and the value of that above all. It is warm and funny, and I can imagine it could be inspiring to young people who need to be reminded that their voice matters'

'This is not your usual West End musical fare. The songs here flow in and out of the dialogue effortlessly and add subtle depth and warmth to the characters'

'A joyful musical for school misfits... left me smiling throughout as it celebrates the right of children and young people to turn their individual lives into an adventure through physical and imaginative play'

'Highly entertaining... [has an] anarchic, playful free-form spirit... Thorne's script is genuinely funny and poignant while composer Stephen Warbeck's score has its pulse on the ska revival of the late '70s populated by those such as Bad Manners and Suggs. It also feels, in its mixing of everyday dialogue to music, akin to the understated beauty of London Road'

Staging:a junk playground that needs be built and dissembled

A wonderfully theatrical adaptation of the much-loved children's classic, with songs by Neil Hannon.
Burying Your Brother in the Pavement

A play about grief and looking at someone that little bit more closely. Written specifically for young people, Bu...
Brainstorm: The Original Playscript 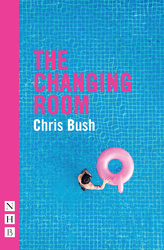 A play about being a teenager, written specifically for young people, part of the 2018 National Theatre Connections F...
Newsletter Sign Up