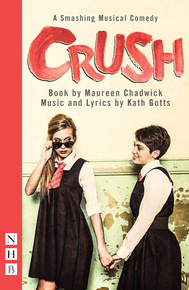 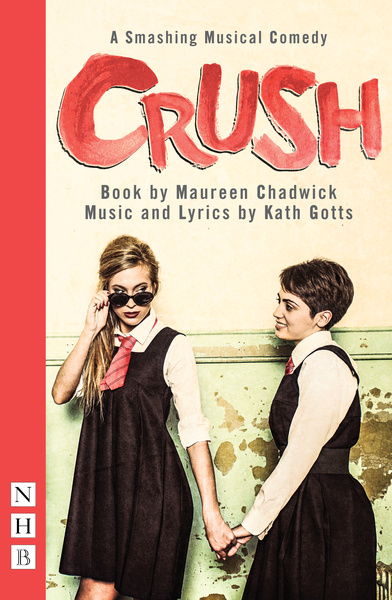 By Maureen Chadwick and Kath Gotts

It's 1963 and the Dame Dorothea Dosserdale School for Girls has a proud tradition of fostering free spirits from all walks of life. So it's a crushing blow when the new headmistress turns out to be a tyrant with strict Victorian values – and top of her hit list are the two sixth-formers accused of 'Unnatural Behaviour' in the Art Room…

Brimming with catchy tunes and witty lyrics, Crush is a hilarious pastiche of Girls' School stories – a blend of Malory Towers and St Trinian's – with added hockey sticks and 'lashings of jolly good fun' Coventry Telegraph.

Crush was first performed on tour in the UK in 2015 - watch the trailer below.

Extra Content: Listen to extracts from the musical on SoundCloud.

Blog Post: Kath Gotts on creating a musical set in the world of schoolgirl fiction: '[those worlds] have been so empowering to the young women who have devoured those books since they first started appearing as early as the eighteenth century. They showed that girls and women could be the protagonists in their own stories, and that whatever derring-do was required, they too could fulfil those roles' Read more >>

'The all-female (except for a solitary male) cast of twelve, minimal furniture and very achievable set-building requirements will surely put Crush on hundreds of amateur drama societies' to-do lists'

'Crush taps into the subversive undercurrents of its source and brings them to the fore, producing a show that's boldly queer and a little bit crazy, yet with enough innocent exuberance to make it family-friendly, too' 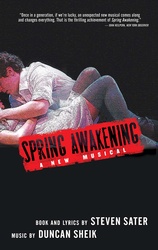 The groundbreaking rock musical about teenage sexuality, with book and lyrics by Steven Sater and music by Duncan She...
We Happy Few

A comedy drama about an all-female theatre company touring Britain during the darkest days of World War Two, written...
Be My Baby

A grand, mischevious story set in a dystopian future. Winner of three Tony Awards including Best Book of a Musical.
Grotty 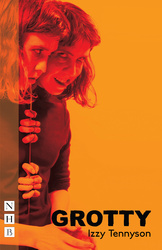 A dark and savage play exploring the London lesbian scene.
Newsletter Sign Up