West End Producer – or WEP to his friends – was always destined for a career in the theatre after being born on stage during a particularly bloody production of Titus Andronicus. His father was a cross-dressing dame, for whom he used to make outfits; his mother was ‘the butchest Maria von Trapp I have ever seen’, according to Harold Hobson in The Sunday Times; and his first words were ‘Hello, Dolly!’

In his youth, he worked both backstage and onstage at his local amateur theatre, and was voted ‘Most Likely to Go Pro’. One day a director spotted him, plucked him from obscurity, saying he’d be great with ‘a bit of make-up and a hat’ – and cast him in a national tour of Porgy and Bess.

A miserable year on the road saw WEP nearly hang up his show-pants for good – but a chance, late-night encounter with the great impresario Binkie Beaumont inspired him to try his hand at producing. And he’s never looked back…

WEP literally lives, breathes and eats theatre, watching as many new productions as he can cram into his busy schedule. He is a weekly contributor to The Stage newspaper, where his popular column offers practical advice to performers on all aspects of the business. His first book, Everything You Always Wanted to Know About Acting (But Were Afraid to Ask, Dear), was a huge success, and was followed by the equally extravagantly titled Everything You Always Wanted to Know About Going to the Theatre (But Were Too Sloshed to Ask, Dear).

At present, WEP spends his days writing and tweeting to his loyal followers, producing, walking around Soho, disciplining actors, making sure everyone faces the right way in auditions, and getting sloshed on as much Dom as possible. He has been called West End Producer for so long that even he has forgotten his real name. 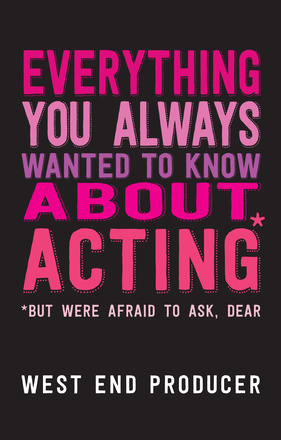 A witty, insightul and deliciously naughty guide on how to succeed in showbusiness, by the anonymous Internet sensation West End Producer. 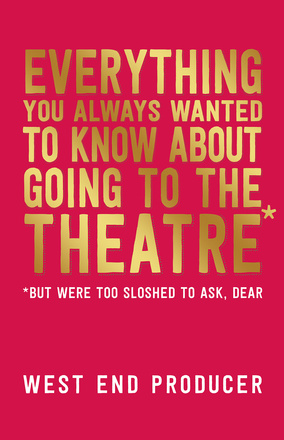 Everything You Always Wanted to Know About Going to the Theatre (But Were Too Sloshed to Ask, Dear)

West End Producer, the masked man of theatreland and author of the definitive guide to acting, returns with the ultimate guide to the theatregoing experience – for anyone who's ever been to the theatre, or who thinks they might like to try it one day.