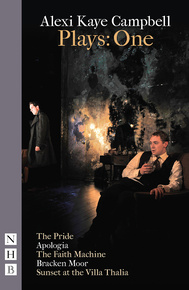 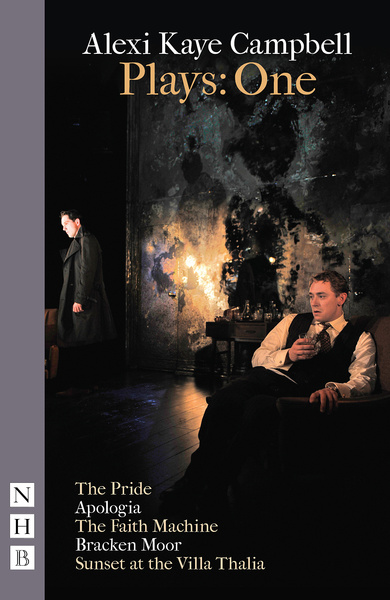 A collection of five plays by Alexi Kaye Campbell.

The premiere of The Pride at the Royal Court Theatre in 2008 marked the emergence of Alexi Kaye Campbell as a distinctive new talent. With its bold and ingenious structure and its daring take on sexual politics in the 1950s and today, the play combined thrilling dramaturgy with profound insight into the affairs of the human heart. It went on to win an Olivier Award, the Critics’ Circle Award for Most Promising Playwright, and the John Whiting Award for Best New Play, and was revived in the West End in 2013.

Published here alongside that remarkable debut are Alexi’s four subsequent plays, which together demonstrate his rare ability to harness theatricality in pursuit of emotional truth.

Apologia (Bush Theatre, London, 2009; revived in the West End in 2017), a perceptive look at what has happened to 1960s idealists and their children. ‘Sharp, funny, wise and humane, Alexi Kaye Campbell is a writer to cherish’ Telegraph

The Faith Machine (Royal Court, 2011), an exploration of the relationship between faith and capitalism that asks fundamental questions about the true meaning of love. ‘An urgent play of expansive ambition and largeness of spirit’ Guardian

Bracken Moor (Tricycle Theatre and Shared Experience, 2013), a haunting tale of grief and denial, set against the economic crisis of the 1930s. ‘A superior kind of ghost story… intellectually as well as emotionally haunting’ The Stage

Sunset at the Villa Thalia (National Theatre, 2016), a passionate and deeply personal play about the impact of foreign influence, planned and unintentional, on a nation and its people. ‘This play is a winner, a thought-provoking slow-burn story that works on many levels’ The Times

Also included is an introduction by the author.

A moving, poignant and funny family drama that sees the weight of family history, of reputation, and of expectation,...
Newsletter Sign Up