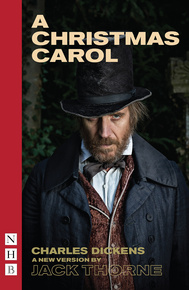 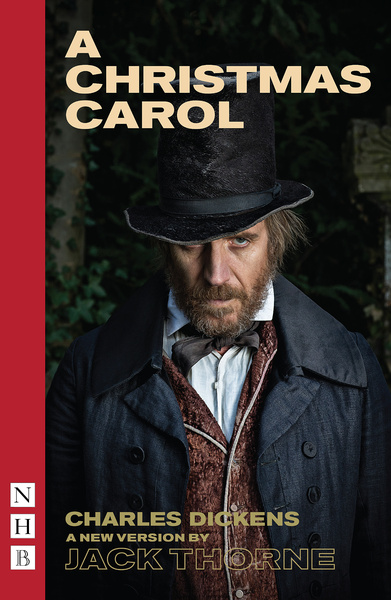 One bitter Christmas Eve, a cold-hearted miser is visited by four ghosts. Transported to worlds past, present and future, Ebenezer Scrooge witnesses what a lifetime of fear and selfishness has led to, and sees with fresh eyes the lonely life he has built for himself. Can Ebenezer be saved before it's too late?

This adaptation of A Christmas Carol premiered at The Old Vic, London, in November 2017, in a production directed by Matthew Warchus, and starring Rhys Ifans as Ebenezer Scrooge.

A new edition of this adaptation is available here.

'Dickens' tale of personal conscience and moral responsibility might be more relevant that ever... Thorne doesn't shirk the anger at social attitudes towards poverty, but also delivers a rousing festive feast that will leave even the most miserly curmudgeon filled with redemptive joy'

'Dickensian and modern, clever and heartfelt, gripping and touching and tuneable and serious and sometimes funny... its marvellously heartfelt Christmas quality would delight the original author'

'Magical... Thorne's adaptation is traditional but with a modern twist that delights'

'Jack Thorne's new version of Dickens' story stands high on my list of favourites... combines the social anger with a genuine sense of festivity... this is Dickens done with love and affection. The fable's warning about the danger of treating poverty as if it were a moral vice could also hardly be more timely'

'Provides everything you might want from a theatrical adaptation of Dickens's timeless (and never more timely) morality tale urging social responsibility and compassion... the new adaptation by Jack Thorne fuses fun with the macabre and a fine degree of psychological depth... both witty and deeply affecting'

'Incredibly atmospheric... Jack Thorne's relatively faithful adaptation lets Dickens' words do their work, but then opens things up in a second half that is emotionally rich and, on occasion, truly moving'

A heartbreaking tale of orphans, angels, murder and music - dramatised from the Whitbread award-winning novel set in...
A Christmas Carol (Derby Playhouse version)

A thrilling, fast-paced adaptation of the classic novel, considered by Dickens 'the best story I have ever written'.
Around the World in 80 Days (stage version)